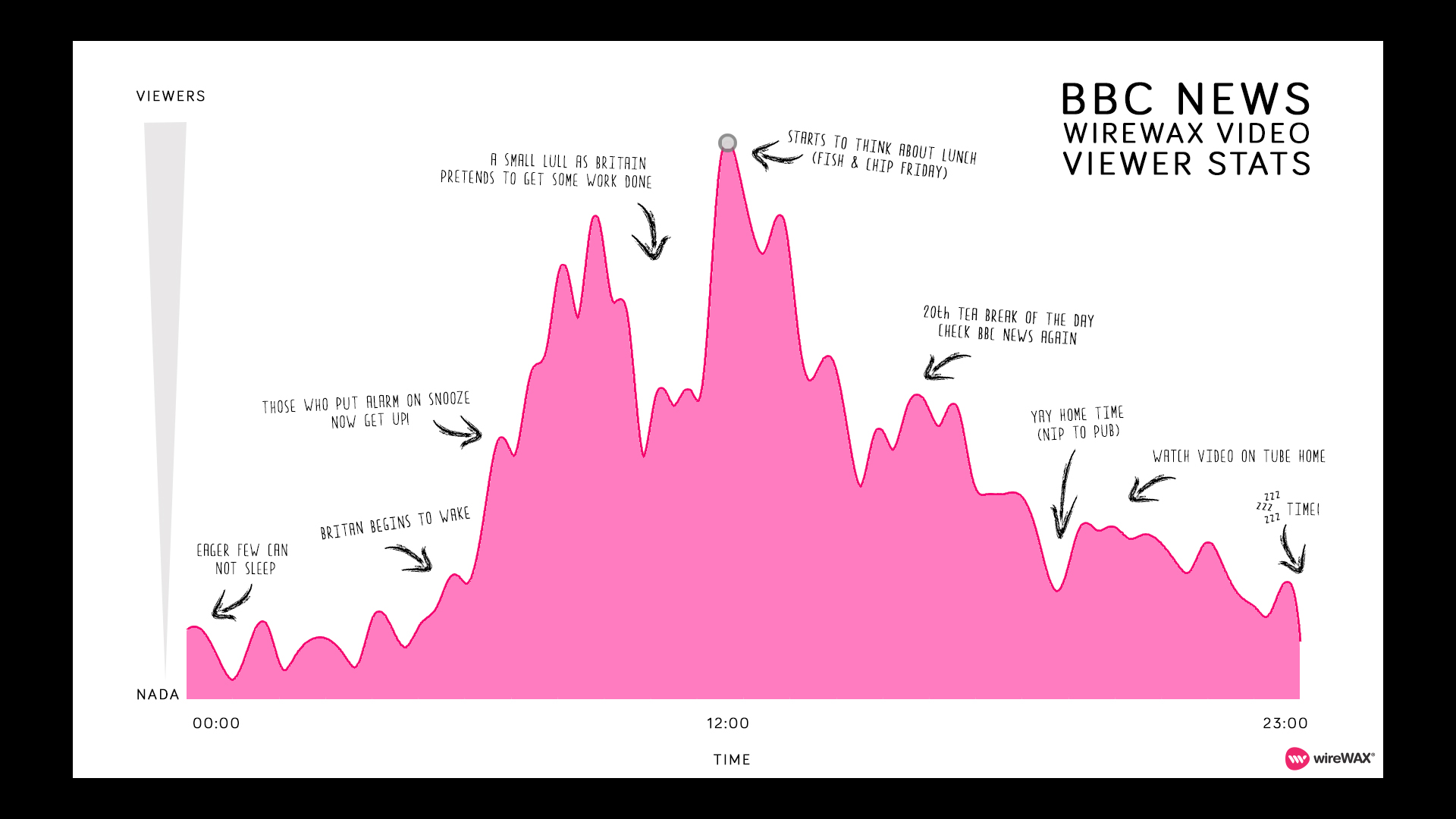 When the UK wakes, when it sleeps, when it thinks about another cuppa and how it consumes its news – it’s all been revealed thanks to a humongous BBC and WIREWAX collaboration that launched last week.

When the world’s largest news organisation comes knocking, we answer and we couldn’t have been more amped when BBC News came to us with an idea to create a beautiful interactive mini-doco with WIREWAX technology.

The interactive experience was to be a digital exposé of the ongoing impact of the Deepwater Horizon disaster. 3 years after the ultra-deepwater drilling rig exploded, took the lives of 11 crewmen and caused the largest offshore oil spill in US history the lives of thousands of local residents are still affected.

The innovative use of WIREWAX would allow viewers to click oil workers, hoteliers and objects in the main ‘trunk’ video to ‘branch off’ and watch extra stories of those affected; or see animated charts and hard-hitting statistics illustrating the real impact.

Over the weeks leading up to the 3-year anniversary, a very talented BBC News team created a series of clips and interviews in and around the Gulf of Mexico; while, back in London the WIREWAX elements were being built and pressure-tested for desktop and mobile. So encouraged by the result, senior news execs were keen to see the video promoted on the BBC News homepage for the 24hrs of the anniversary. As a result, the video would attract hundreds of thousands of views and interactions.

No stranger to high-demand, mahoosive numbers of viewings and mega-spikes in activity, WIREWAX is certainly capable of delivering an unprecedented quality of service. However, this was the first time a WIREWAX video would be promoted in such a prominent manner and in such a busy week for news – it was a priceless opportunity to monitor viewer behaviour over a typical working day.

From 1am BST on April 19th the Deepwater Horizon story was launched to much fanfare and promoted as an interactive feature on the BBC News homepage as promised. 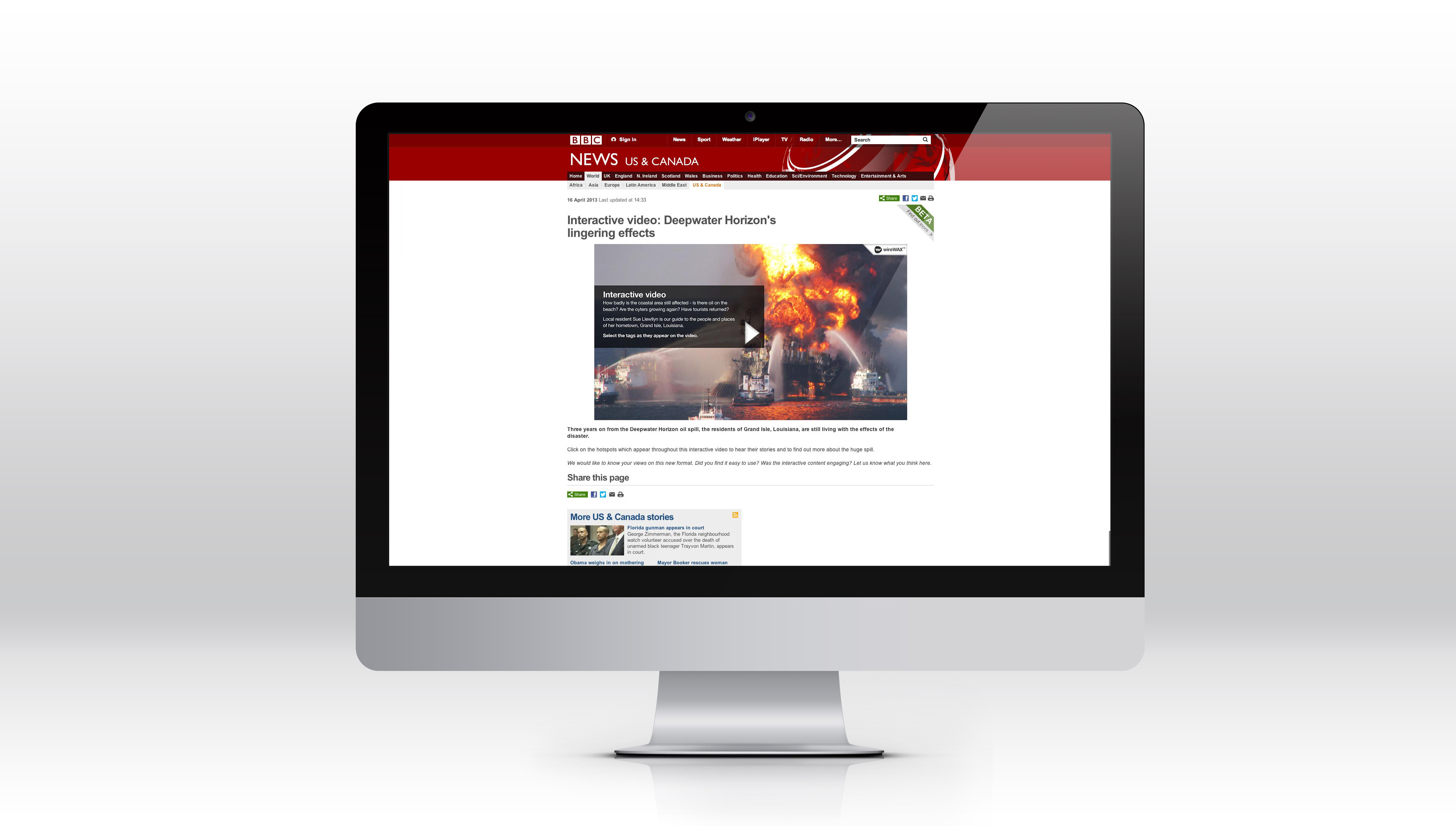 The video featured on BBC News online in the UK and International editions WOO!

The viewing numbers have been counted and verified and they paint a fascinating picture of how the country interacted with the content and how it goes about its daily business.

The number of viewers from all over the British Isles grew steadily into hundreds of thousands as morning broke and left a fascinatingly wobbly chart in its wake throughout the day. The interaction rates were even more impressive, consistently hovering around 90% – 9 out of 10 viewers consumed at least one extra piece of WIREWAX content during the experience.

Not only this but the pattern of viewings throughout the day illustrated an intriguing pattern of human behaviour for a normal friday. Views rapidly accumulated as Britain woke and consumed its news fix. Viewings take an inexplicable dip at mid-morning… while perhaps, erm.. Facebook activity may spike :/

Numbers return to rapid growth approaching midday before a double-dip to coincide with the 12pm or 1pm luncheon dash to Pret.

A peak after lunch is followed by a slow but steady drop-off as the taste for a friday night, pint-sized refreshment teases the British workforce.

The home commute at 5pm punches the last distinctive wedge in the plotted numbers and then tails off into the night as we all switch off for the day. 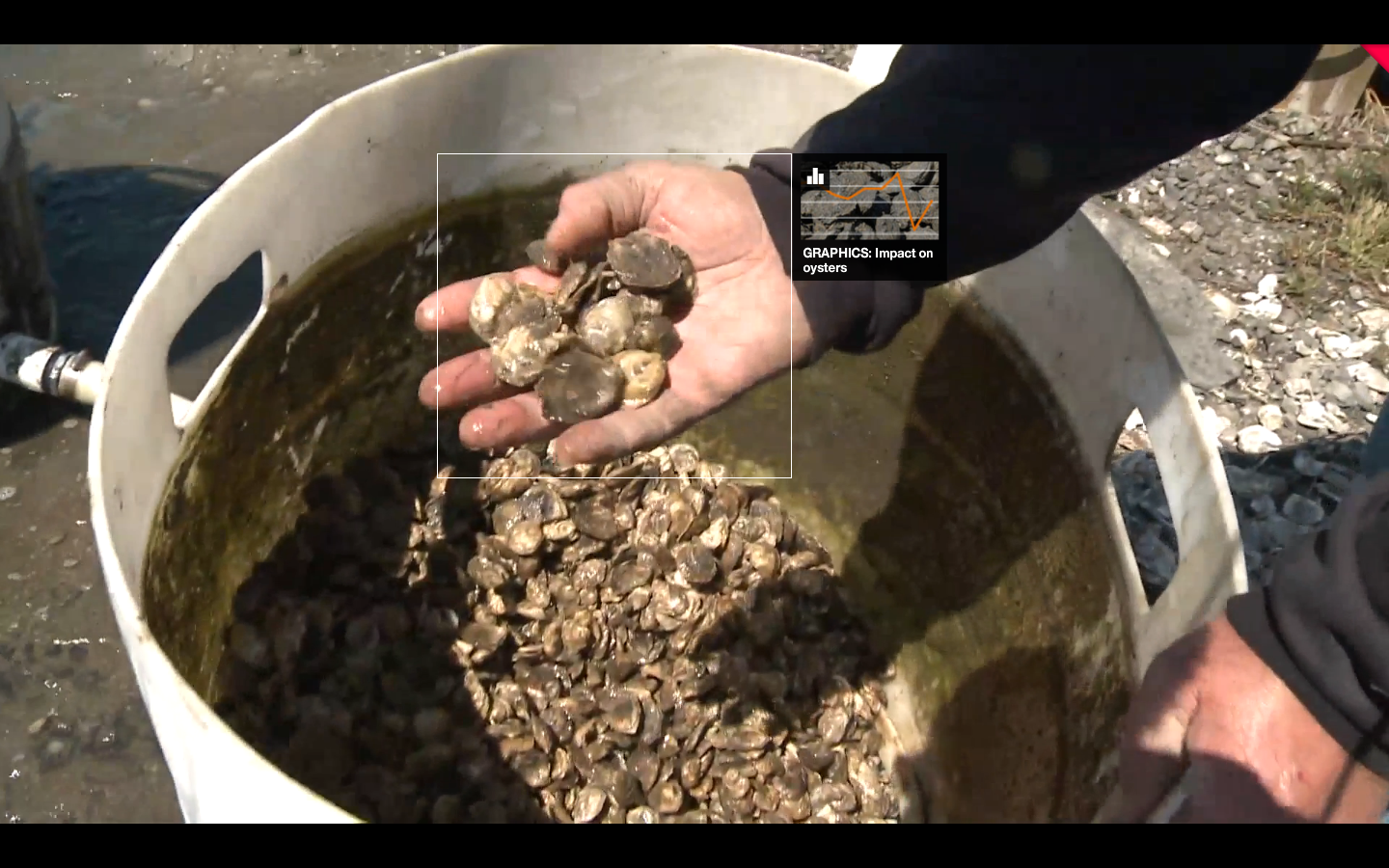 Viewers given opportunity to click on key characters and objects within the video!

Keen followers of WIREWAX will know early commercial adopters of the technology have mainly created shoppable video experiences but, BBC News’ use of WIREWAX is an inspired exploration of how the technology can be used to advance video storytelling and developing interactive news experiences.

The ability to offer viewers more content and information, all at the click (or touch – it’s available on mobile and tablet too, WIREWAX addicts!) of a moving person or object is – not only an exciting way to increase engagement – but a way to give viewers access to deeper, richer content when they want it. 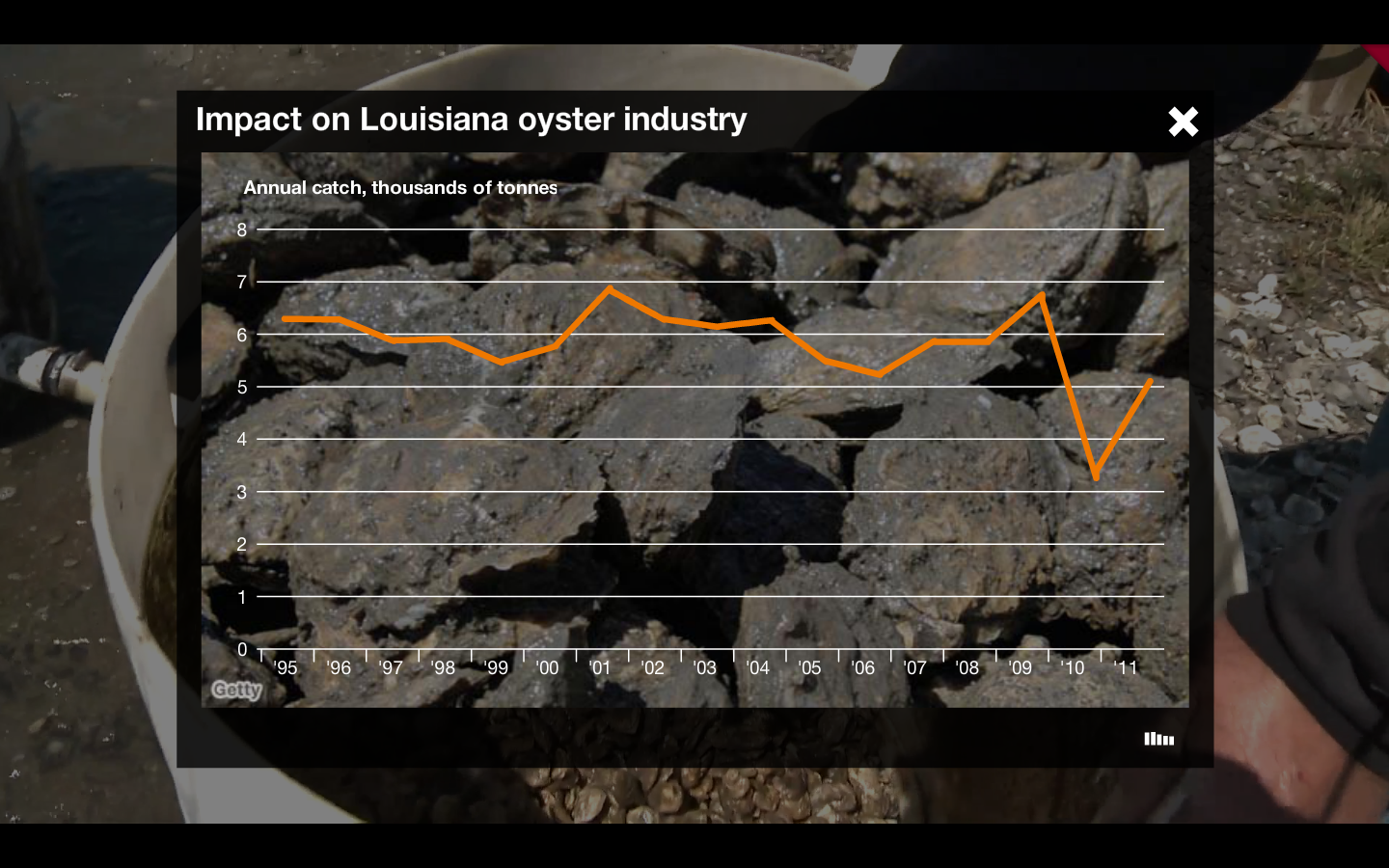 See and hear more from video-in-video and even get animated statistics and breakdowns around the disaster and its aftermath.

This recent collaboration is further evidence that the BBC is still keen to be at the forefront of innovation and progress and to coincide with their 90 year anniversary this demonstrates their continued determination to find new and better ways to communicate with audiences.