Beginning its life in 1992 and experiencing its first official release in 2004, Football Manager is a game known, played, and loved by thousands worldwide. The concept is simple — you’re the manager, you decide, and every decision counts.

Existing as a simulation of the key management role, the video game experience has pulled fans into a whole new world of football. Ahead of the release of FM20, Football Manager was looking for a new way to bring their latest launch to an even bigger audience. Their biggest barrier to entry: ‘How do you play?”

Enter Mox London and WIREWAX. With the elite creative minds of Mox London and the multi-award-winning interactive video creation toolset of WIREWAX Studio, the duo worked hard together to great an international first — an interactive game trailer.
The result? 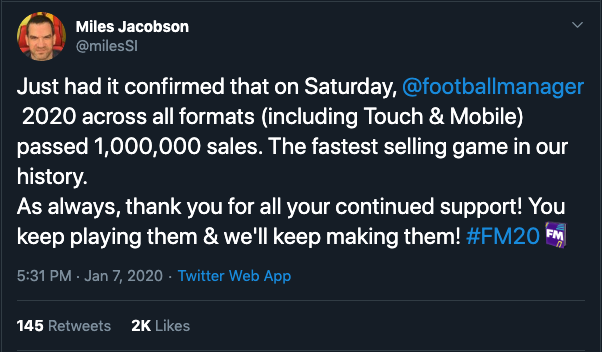 Plunging die-hard fans and new audiences alike headfirst into the world of Football Manager, the trailer uses innovative branching to bring you a live-action scenario replicating the beloved managerial gameplay.
Serving as the hero piece of the entire campaign, audiences were given the option to play again and again, delivering viewers to a point of pre-order just when they thought they’d had their fill.

Every channel touched by this campaign used simple yet sophisticated tactics to mimic the intention of the interactive video, driving droves of football fanatics to the experience with the core message — you decide.

Every part of this campaign pivoted on the interactive trailer, so it was paramount that the technology could stack up.

Faced with this tall order, the WIREWAX interactive toolset barely broke a sweat. The experience was distributed globally with ease thanks to our robust html5 player. On the hero page, embed made experience delivery a breeze.

What’s more, our expert in-house creatives assisted the build every step of the way, making sure the end experience was everything the fans wanted it to be and more.
With the launch of the trailer, the media couldn’t get enough. The experience scored headline press from die-hard fans and game newbies alike, with viewers left in a state of awe at the integrated experience. 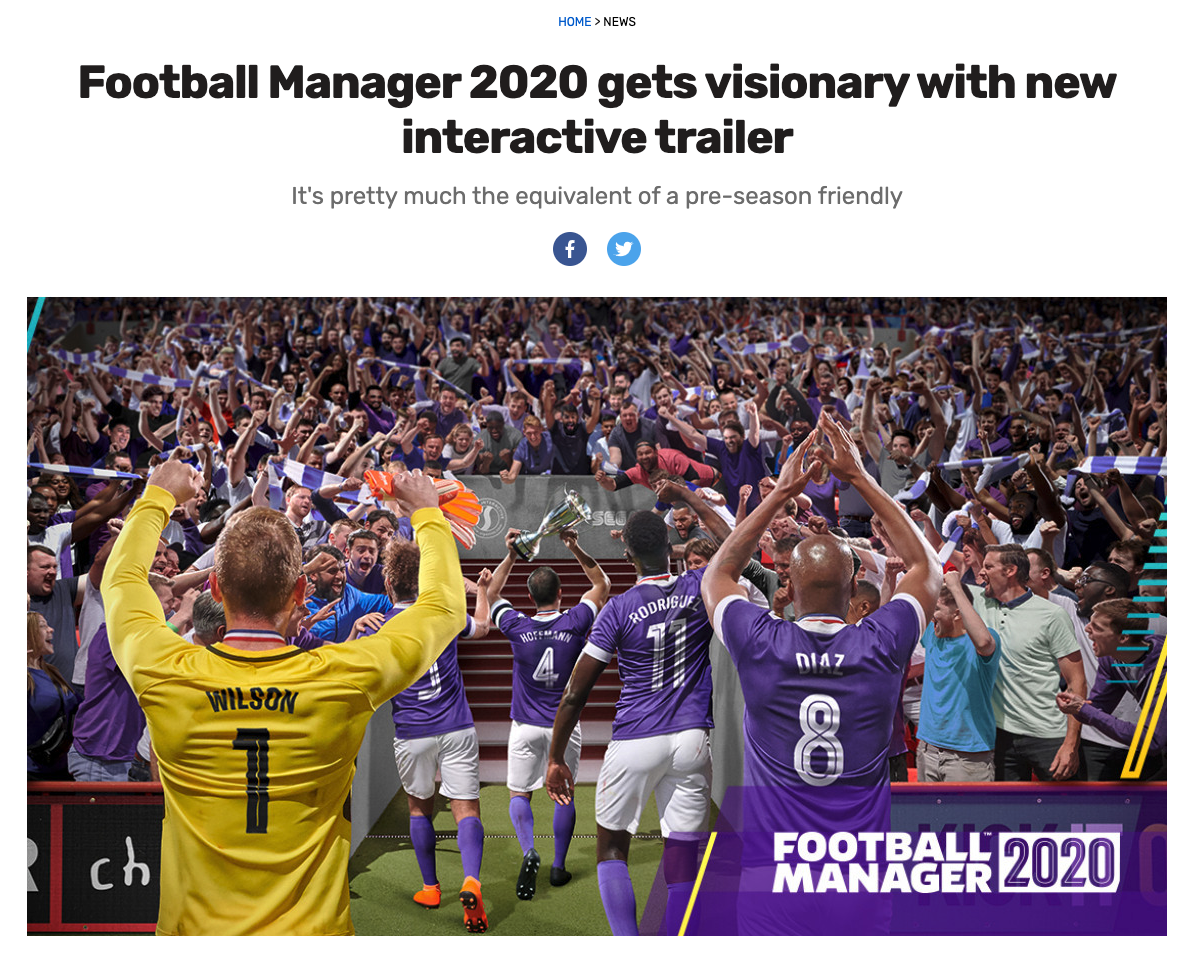 By giving target consumers a free live-action sample of the game within the trailer, Football Manager has answered that lingering question tenfold and left their viewers desperate for more.

“Our brief was to take the brand’s core message — that Football Manager allows you to create your own story — and place that right at the heart of our creative,” says Alan Granger, Senior Marketing Manager for Football Manager. “One question we’re often asked by people who are unfamiliar with our game is “how do you play”, so we worked closely with MOX and WIREWAX to bake the answer into our campaign film in the best way possible… ‘show, don’t tell’. We couldn’t be happier with the end result — and the feedback we’ve had from the outside world has been equally positive.”

A clean, clever concept with unbelievable execution backed by WIREWAX’s unparalleled technology has seen this FM20 interactive video experience become one of the biggest game launched in years and something truly unforgettable for audiences everywhere.

Talk to our team to discover how you can leverage WIREWAX to expand and enhance your audience experience, and drive lasting impact with your campaigns.